How to Train Your Dragon is a very popular American computer-animated action-fantasy film that was first released in 2010. This film is based on the 2003 book of the same name by Cressida Cowell. This film is produced by DreamWorks Animation and distributed by Paramount Pictures. It is directed by Chris Sanders and Dean DeBlois.

How to Train Your Dragon is one of the best franchises of DreamWorks and it has a huge fan base. The franchise is now over, but the fans are collecting all sorts of merchandise to preserve them forever. So if you know someone or one of your family members is a fan of “How to Train Your Dragon”, then below you will find a perfect gift guide. Trust me; the gift recipient will love just about everything on this list.

How to Train Your Dragon Book Set

How to Train Your Dragon
Check Latest Price

We already know that how to train your dragon movie series is based on the same name book series so a complete book set will be a great gift idea for the fan base. Though; the books are significantly different from the movies, only the name resembling each other. But it will be a great experience to see where the movies got their inspiration. Moreover, it will give the fan base a new story to dive into after they have finished watching the movies. This book set contains 10 books including the tiles: – how to train your dragon, how to be a pirate, how to speak dragoness, how to cheat a dragon curse, how to twist a dragon tale.

How To Train Your Dragon: 3 Movie Collection 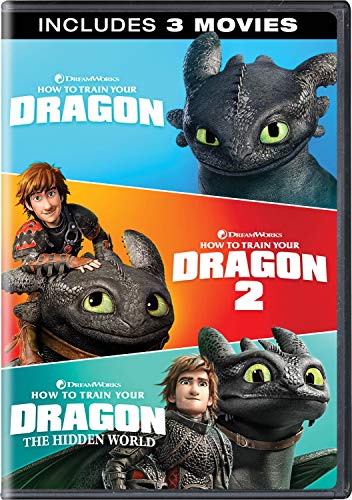 How To Train Your Dragon: 3-Movie Collection
(8586)
Check Latest Price

How to train dragon is a trilogy of films so if you know a fan that doesn’t have any of the movies in his collection then you can give him this collection of 3 movie set. It will be a perfect gift for a fan who loves watching how to train your dragon movies. The gift recipient can watch Hiccup grow from an awkward Viking to a powerful dragon rider, then to the Chief of Berk. They will watch Hiccup and Toothless go from allies to best friends. All the movies of this collection are animated, well-scored, and have a great sense of scale. So having this movie collection means the gift recipient can go back and watch the entire story any time he wants. 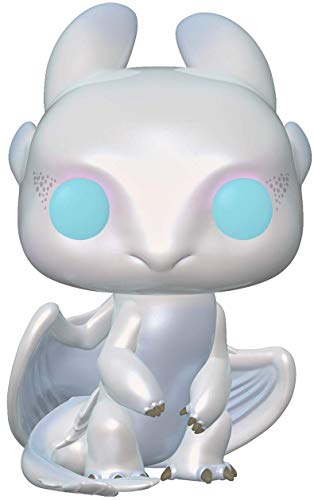 Many of us have thought that the Toothless was the only Night Fury in How to Train Your Dragon. But, when “The Hidden World” was released that was no longer the case because the Vikings came with a white Night Fury. This is a female dragon and it became a romantic interest for Toothless and a big part of the movie. That is why it will be a great gift to a fan and it will surely bring joy to his face. This Funko Pop features the Light Fury standing up inquisitively on her back two legs. It also has a white and blue gradient around the body which makes it more elegant. It is the 2017 Toy of the Year and People’s Choice award winner.

The Art Of How To Train Your Dragon: The Hidden World 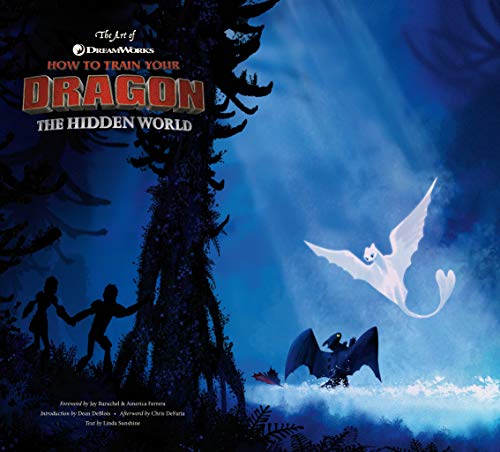 The Art of How to Train Your Dragon: The Hidden...
(689)
Check Latest Price

How to Train your Dragon: The Hidden World is the last and final movie of this series. This movie has come a long way and it was a combination of the artwork, world design, and characters. All these make it the best movie of this series. So the “The Art of How to Train your Dragon: The Hidden World” will be an excellent gift option as the gift recipient will able to learn the process of creating the gorgeous visuals and gripping story in this color book. This book features hundreds of pieces of original art and commentary from director Dean De Blois and other talented artists who have created this masterpiece of storytelling and animation. It also contains all sorts of behind-the-scenes details about how the movie was made. 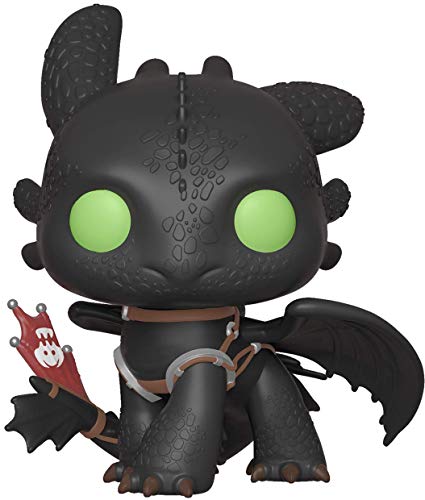 Hiccup is the main character in How to Train Your Dragon but it was Toothless that most people were interested about. At first, this dragon looks a bit scary but with time it becomes the best friend as well as adorable. In fact, it is the icon of this franchise therefore it will a very thoughtful how to train dragon gift. Like other Funko pop, it also has impressive attention to detail. Like the actual toothless this figure has all sorts of scales around his body.  So it looks like the same toothless from the movie. It also has a custom tail wing that Hiccup built for Toothless which is very impressive. 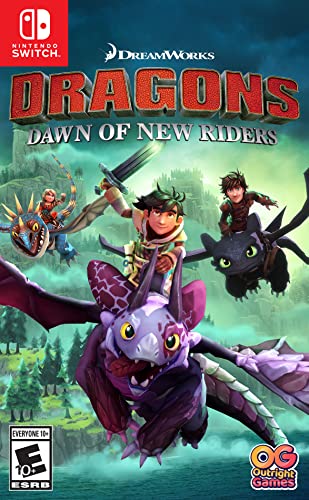 Most movie-based games are not worth playing but that is not the case for Dragons: Dawn of New Riders. This game has clear roots in great games and it’s an excellent game worth playing. This game features a story where a new Viking lost his memory. The main mission of this game is to recover the lost memory of the Viking and for that, the player has to forge a friendship with Patch, the Viking’s ultimate hybrid dragon. The players can swap between the Viking and the dragon to solve puzzles and regain the memories of the Viking. You have to explore locations that include Havenholme, Valka’s Mountain, and Blood Briar Island and use different strategies to win the battle. 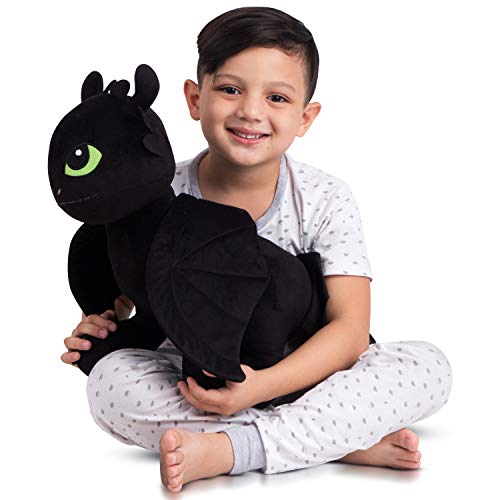 We all know that toothless is a fireless dragon and it is capable of taking on massive Alphas and dangerous foes at the core it is a sweet and lovable creature. So Franco Kids Bedding Super Soft Toothless Plush Cuddle Pillow will be an excellent gift for a little fan of how to train your dragon. The adorable expressions and cute behaviors of toothless have made it so popular. This plush is made from super soft 100% polyester for a comfortable feel. This plush is perfect to snuggle in your sleep or a great playtime accessory for the children. The face of this plush is embroidered rather than having plastic components therefore it is completely safe for the children. This plush will bring the cheerful style of Poppy Troll to life with fun character details and it looks as real as it comes directly from the movie.

How To Train Your Dragon Tumbler 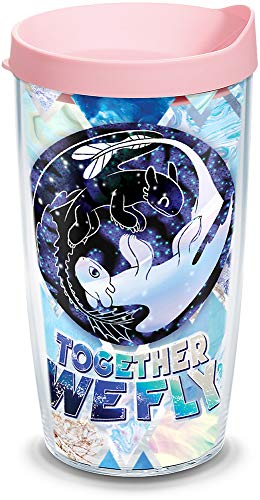 Tervis Made in USA Double Walled DreamWorks How To...
(120)
Check Latest Price

Tumblers are very popular cups to carry your drinks with you when you are working outdoors. For a fan how to train your dragon tumbler will be an excellent gift because it will have all sorts of characters on it. This is a high-quality tumbler constructed with double-wall insulation to keep the drinks cold or hot. It is made from high-quality BPA-free plastic so there is nothing harmful to your health. It has a unique design that gives it a glass-like shape so it will comfortably fit on your hand or inside car cup holders. So this tumbler is very convenient for travel use. The gorgeous, mythical background with cool colors makes this tumbler a stylish one. At the front of this tumbler, you will see the toothless and the Light Fury together like a yin and yang symbol. This design fits the characters and the movies perfectly therefore it is a fantastic gift for any fan of how to train a dragon.